2022 National Winners of the Outstanding Act category, at the British Security Awards 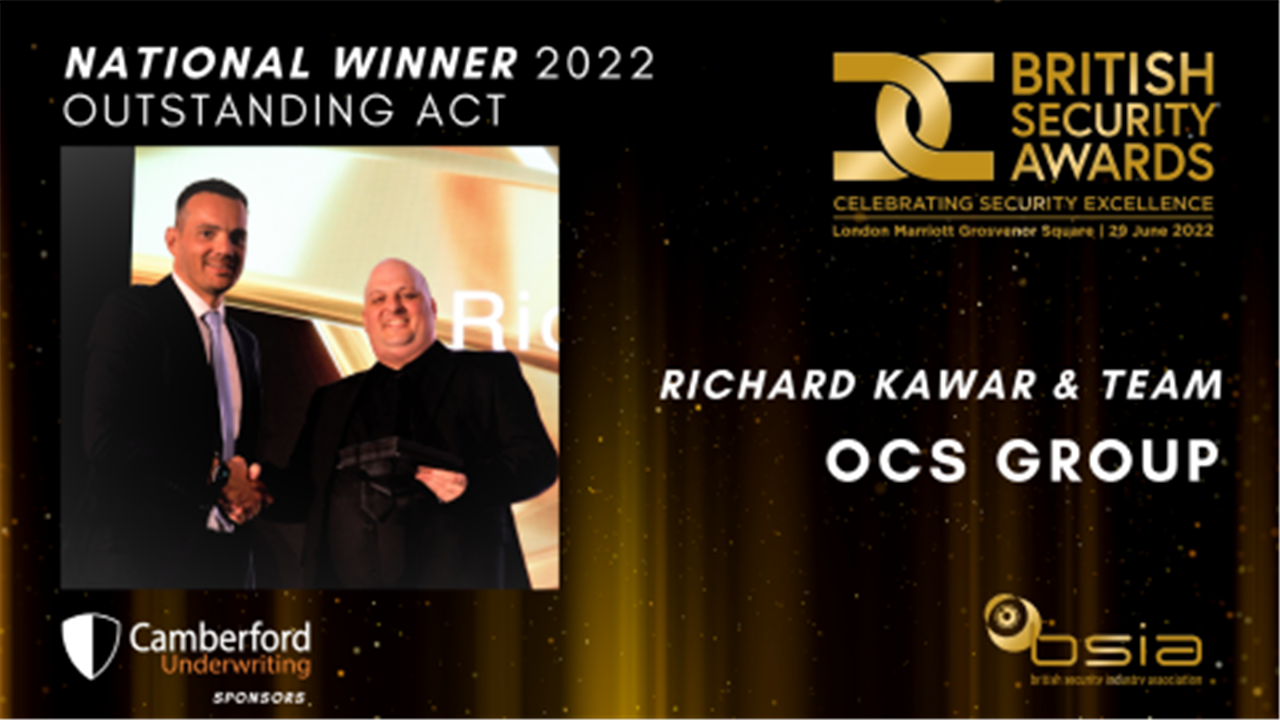 An amazing achievement for an incredibly hardworking and dedicated team, very well deserved!

Mike Reddington, Chief Executive of the BSIA, said: “The British Security Awards were created 25 years ago to recognise those in our industry and particularly those operating on the front line who frequently go above and beyond to protect people and property. As always, the standard of nominations has been exceptional this year, and the judging panel, made up of independent experts from across the industry have had a very difficult job selecting the winners."