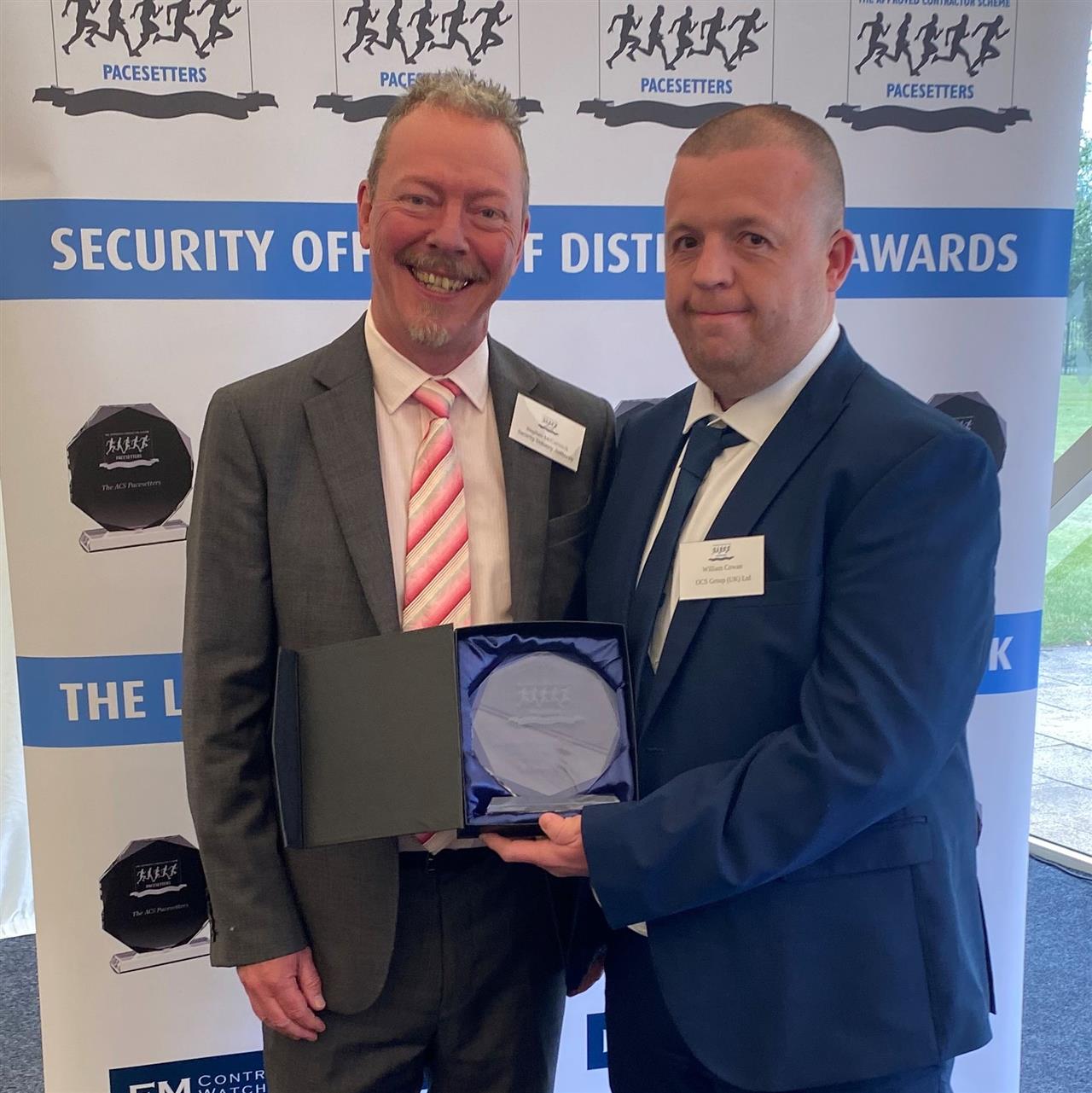 Congratulations to William Cowan, our Security Officer at Liverpool Women's Hospital, who was presented with an ACS Pacesetters Security Officer of Distinction Award on Wednesday 25th May 2022 at Windsor Racecourse.

Will has been recognised for his exceptional work and for going above and beyond his duties at Liverpool Women's Hospital.

The ACS Pacesetters Security Officer of Distinction Awards recognise individuals who have excelled in their work, often disregarding their own safety to help others.

There were in excess of 100 nominations, and Will, alongside 11 fellow officers also received distinction awards.

Will, who received a full standing ovation for his efforts, was presented the award by Stephen McCormick, Director of Licensing and Standards at the SIA.

Congratulations to Will, and all fellow finalists and nominees.